I was lucky enough to spend my birthday this year in Bruge, Belgium

This was a holiday of first’s for me as I had never visited Belgium before, nor had I ever been on the Eurostar, also my accommodation was booked through AirBNB, something else I had never done before

First leg of the trip was getting to London St Pancras station itself at 6am, I live quite close to Three Bridges train station which is a main line service and took me straight in to St Pancras International , nice and simple journey however, I did leave my house at 3am and was feeling quite tired by the time I got there

Checking into the Eurostar was pretty easy and painless, and far less fuss then checking in for an flight. You have your bags scanned and then you go through 2 passport controls, the English and then the French literally within 10 meters of each other

Seats are allocated and you get to board up to 20 minutes before the train is due to depart, and the journey through to Brussels took 2 hours and the on from Brussels was a direct local train to Bruge AirBNB is something I have known of for a number of years now, but I have never booked to stay in any of the locations mainly because I didn’t really know what to expect

I stayed in a split level guest house which was in the back garden of the host’s home, now when I say back garden it wasn’t a small back garden so there was ample privacy and it was built along side the house facing out  see it here it also came with bicycles free to use which was a bonus as everyone cycles in Bruge 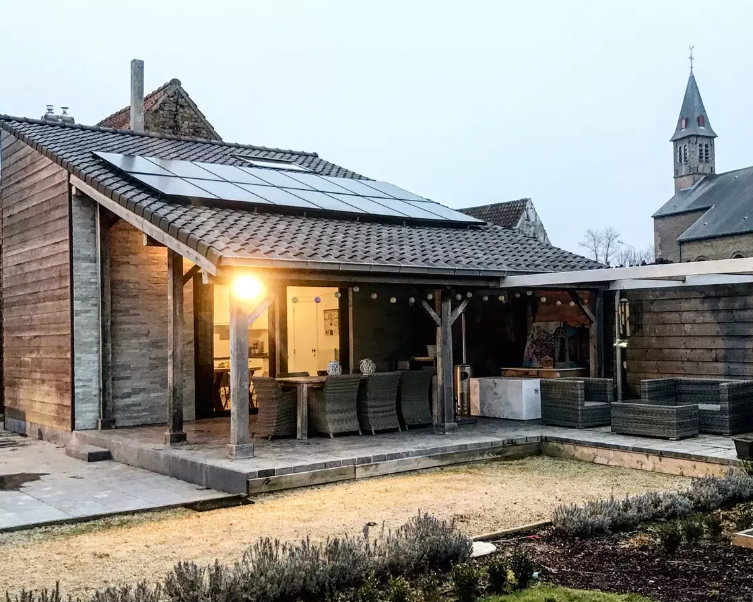 Belgium is well known for its great quality and range of beers, as well as its luxurious chocolates 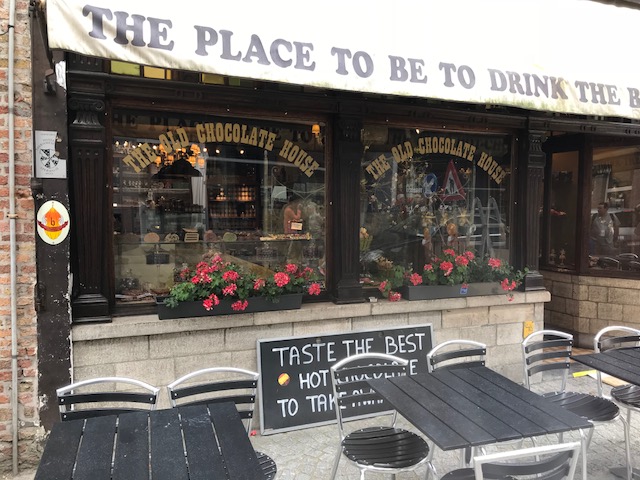 The Old Chocolate House had great reviews and allegedly it sells the best hot chocolate drink in Bruge. The ground floor was a shop and chocolate heaven, with all types of chocolate shapes, colours, scents and designs everything you could think of, already boxed and a counter to pick and mix your own selection

Upstairs was a dinning area which served waffles, which are another well known treat to sample in Belgium, and hot chocolate where you melt your own choice of chocolates into the hot milk. I must admit I did buy quite a few treats from here to bring home with me and boy was it worth it The Bruge Beer Experience was another great tour I went on, you get presented with headphones and an ipad upon entry and you can work your way around the tour at your own pace. You point the camera on the ipad at images or pictures along the tour, and it plays you the story according to where you are, was pretty clever and very informative

There are also interaction points where you can smell scents of the beer making ingredients, the hops wasn’t something I am in a rush to smell again any time soon

At the end of the tour you get to the bar, as you would expect from a beer experience the bar sold beer of all different varieties 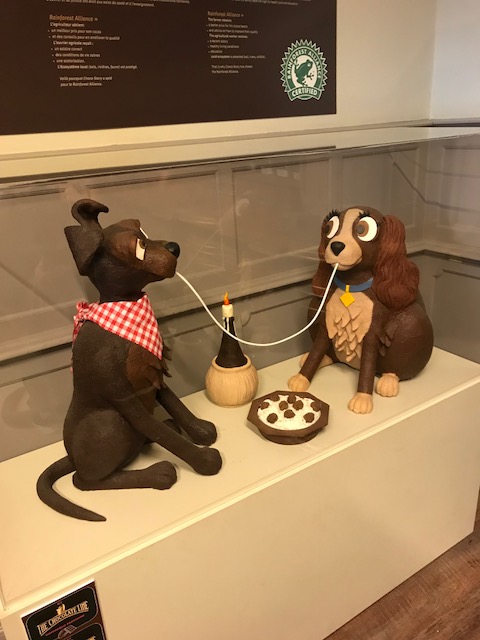 Choco Story – The Chocolate Museum was an in depth look into the history behind chocolate. It takes you over four floors where you can see how over time historically and geographically, chocolate has evolved

There are some fascinating pieces created and on display for you to look at on your way round too, no touching or tasting these though

You get to sample a trio selection of chocolate buttons on your way round the tour, which you can just help yourself to, and right at the end of the tour one of the chocolate chefs demonstrates how to make chocolates 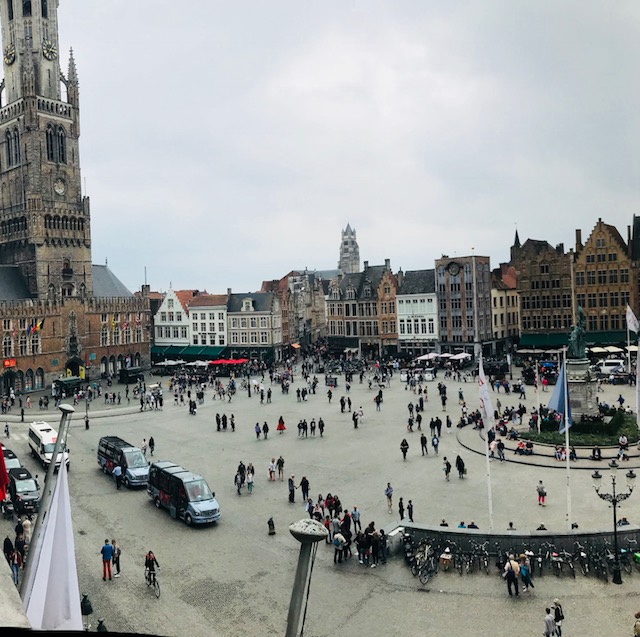 This is a view of Great Market Square or Grote Markt from Historium Brugge terrace, Historium Brugge is top of my recommendation list of things to do in the city, I found the museum very interesting and well worth the entrance fee

The Great Market Square is full of shops and restaurants so dining out you really are spoilt for choice, I would also highly recommend mussels in garlic and herbs, naturally served with fries like most dishes in Belgium

I had such an incredible time in Bruge

Have you ever been? Let me know in the comments below 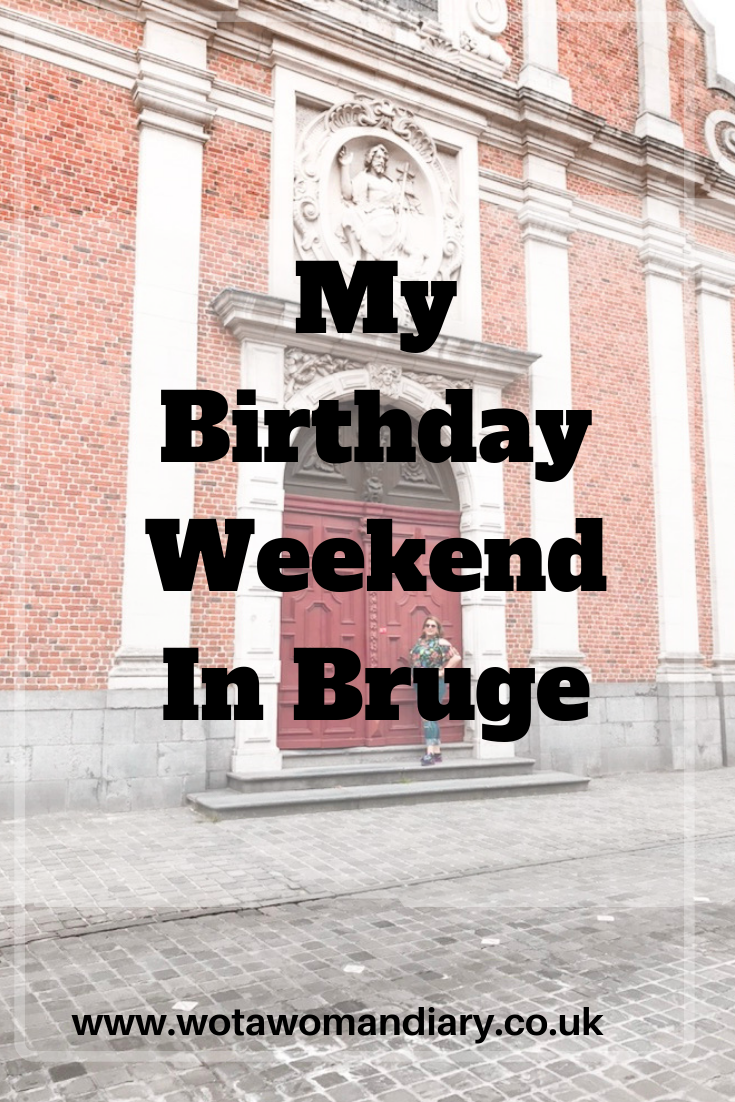 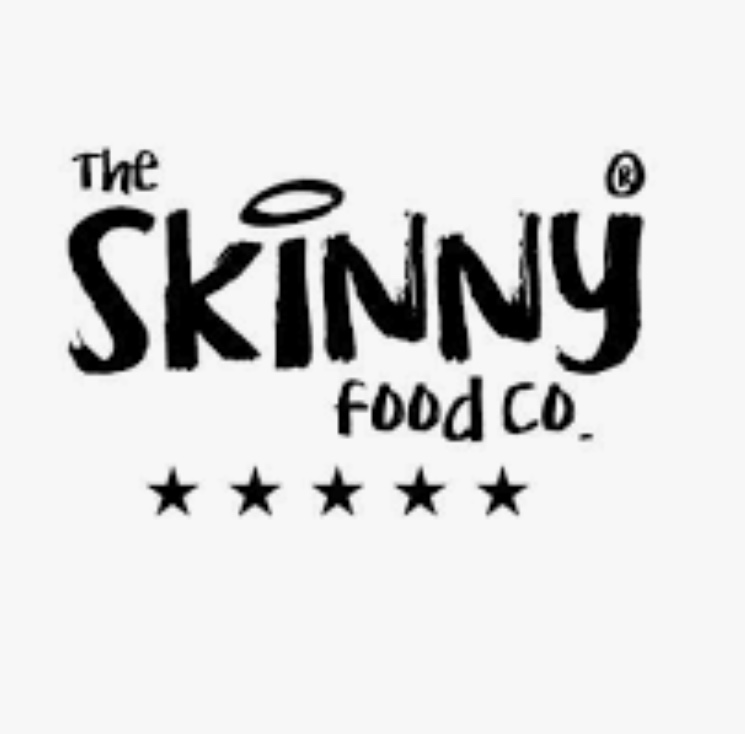